Let love shine through you

This morning we talked about what it means to follow Jesus, and the things we can do to show God's love to other people. 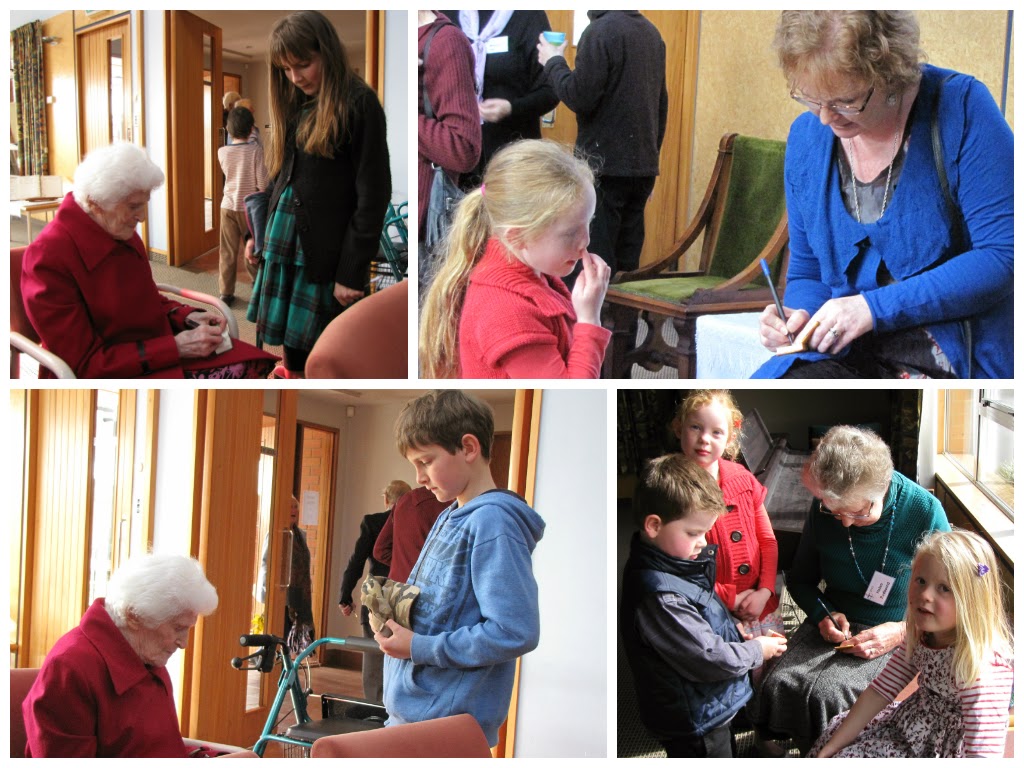 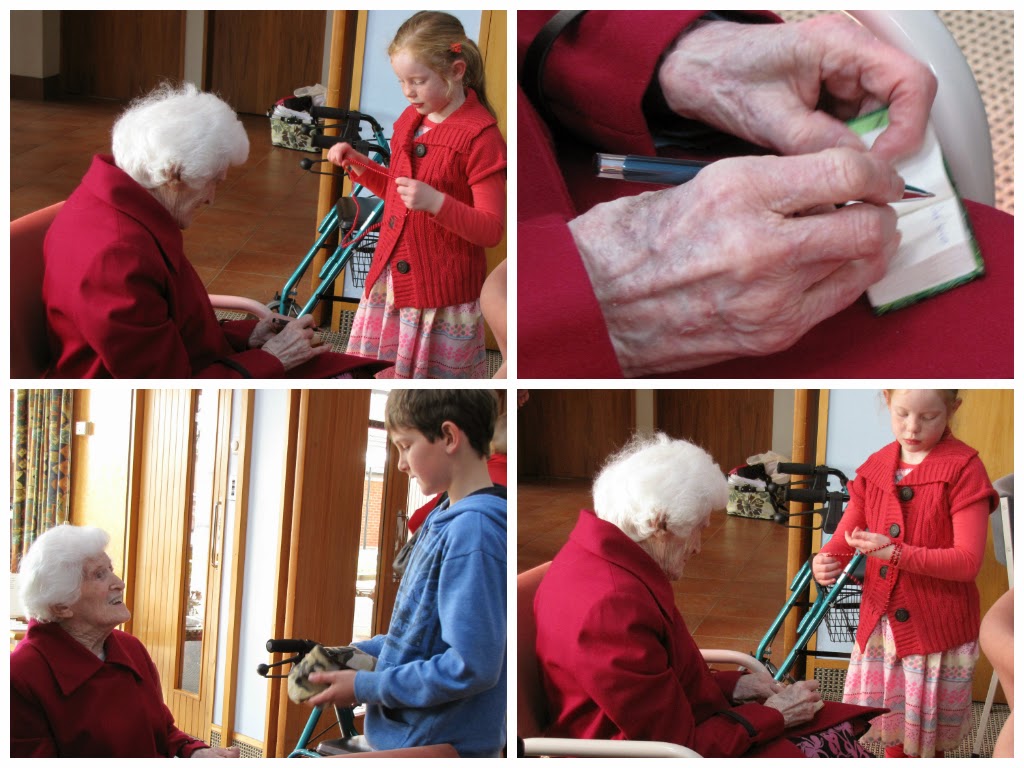 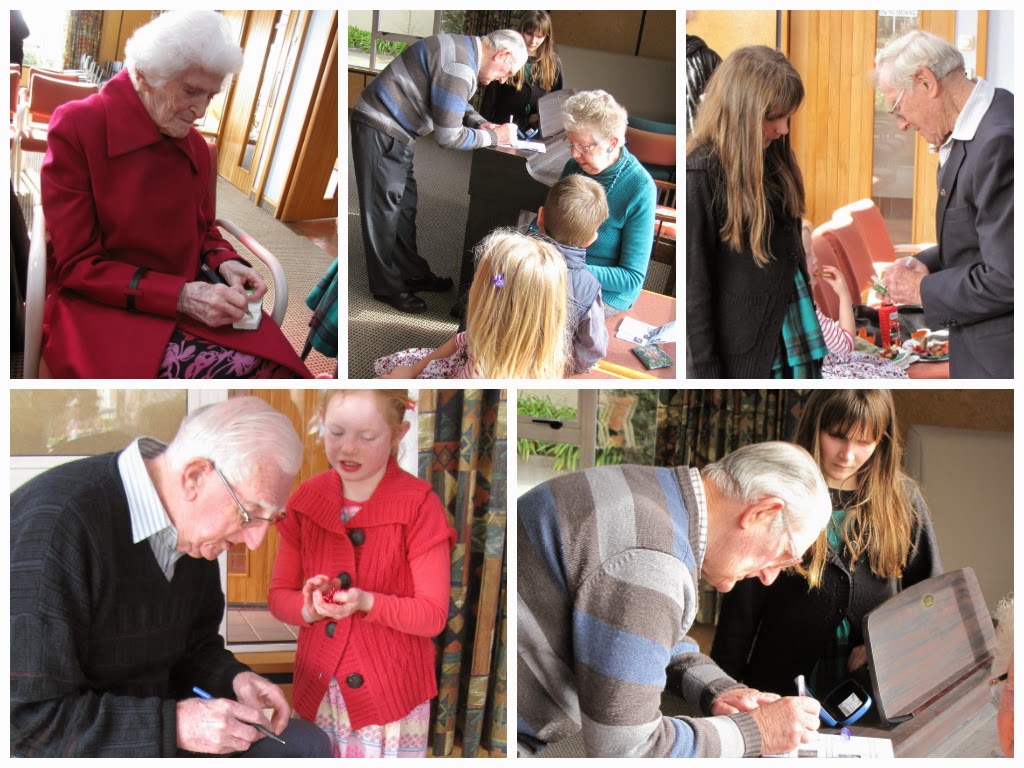 This morning at Musikool Kids we sang Julie Wylie's song, Funny Clowns. It was great fun dancing with our partners, wobbling side to side, to and fro and tumbling to the floor! Afterwards, some helpers used mini puppet clowns to help us sing the clown song again. Well done everyone!

Sometimes, we feel about as special as an ordinary rock. But God made us this way, and uses very ordinary 'rock-y' people to do God's work in the world. This morning Richard told a story about Peter (his name meant 'rock'). A rock is something strong that can last through any storm... just like God's love.

When we love others, when we forgive, when we share, we are building our lives on the foundation (rock) of God's love. And that love is everlasting!

To remind us of this, our Awesome Kids made pet rocks. Check out these amazing creations in the photos below! 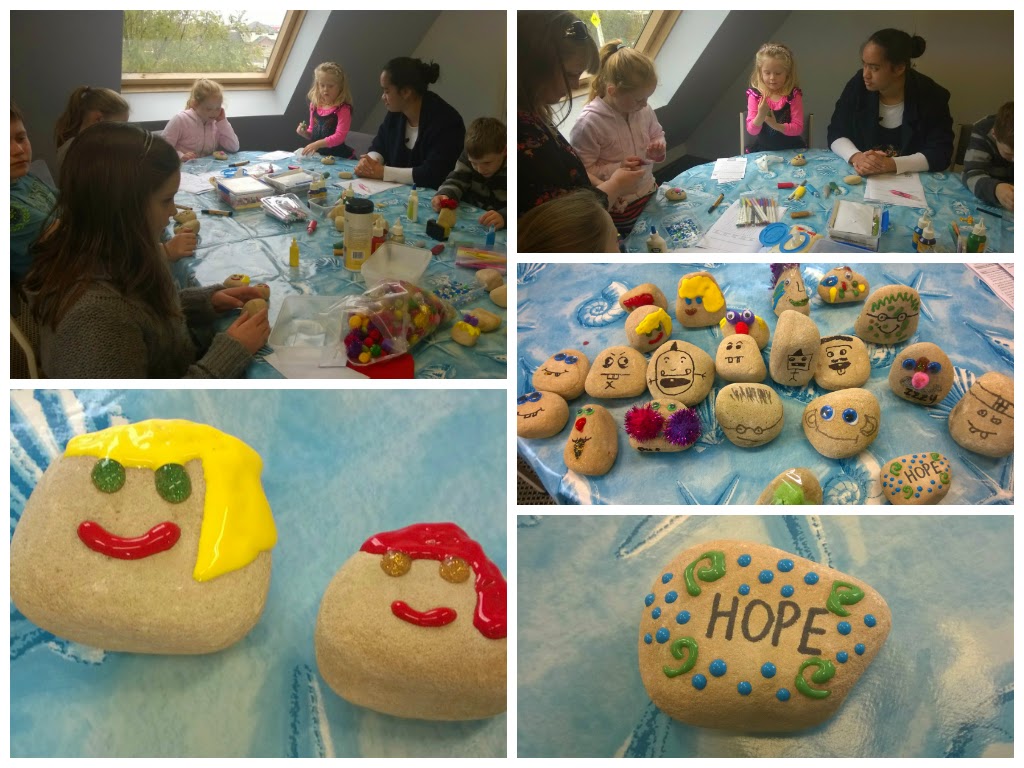 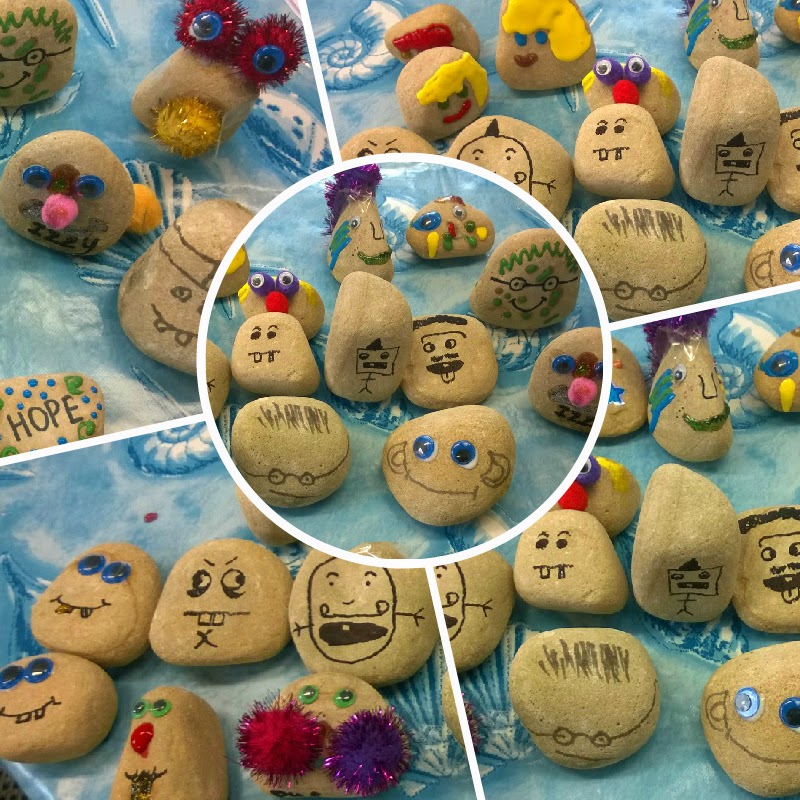 Music and mischief at Musikool Kids 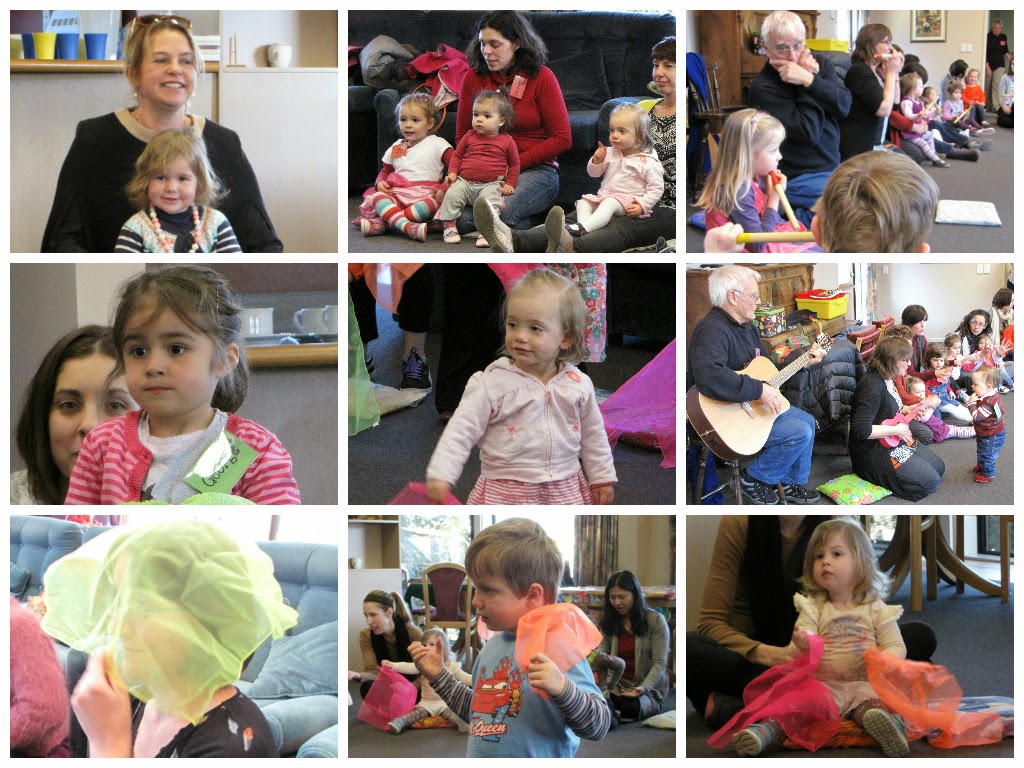 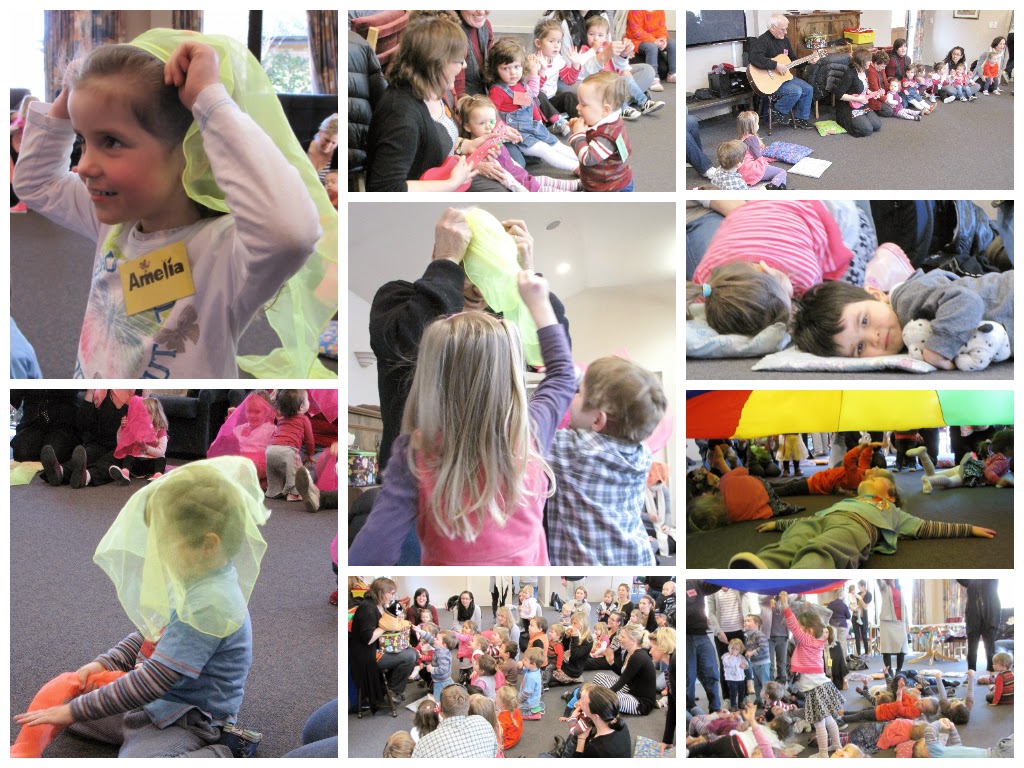 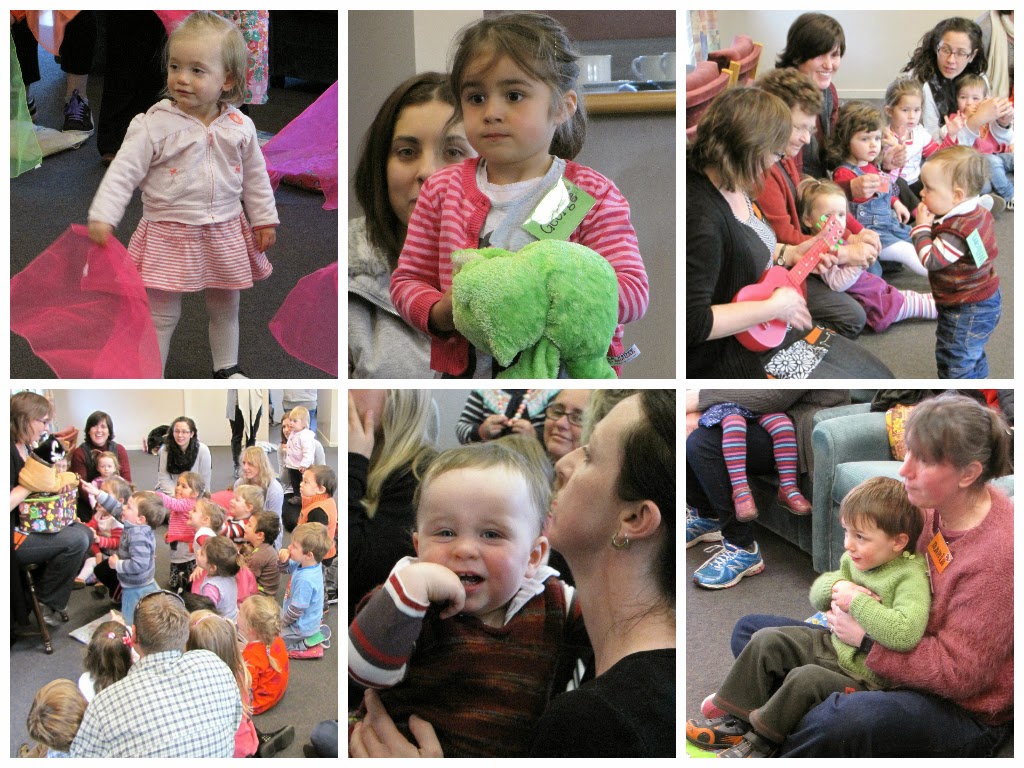 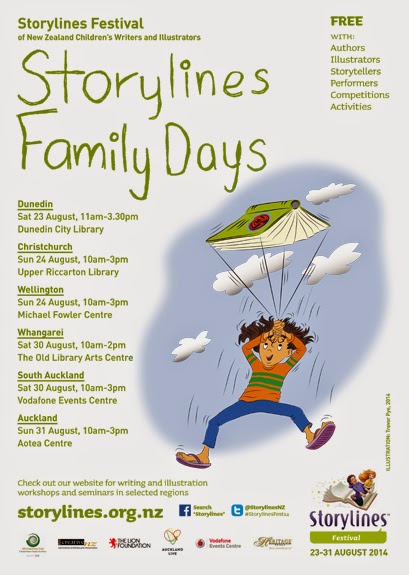 The annual Storylines Festival Free Family Day is on this Sunday, so if you're looking for something to do after church this week head along to the Upper Riccarton Library.

There is a treasure hunt, face painting, authors reading their stories, artists in action and drama groups performing.

Julie Wylie will be performing musical story sessions at 12.30pm and 2pm. 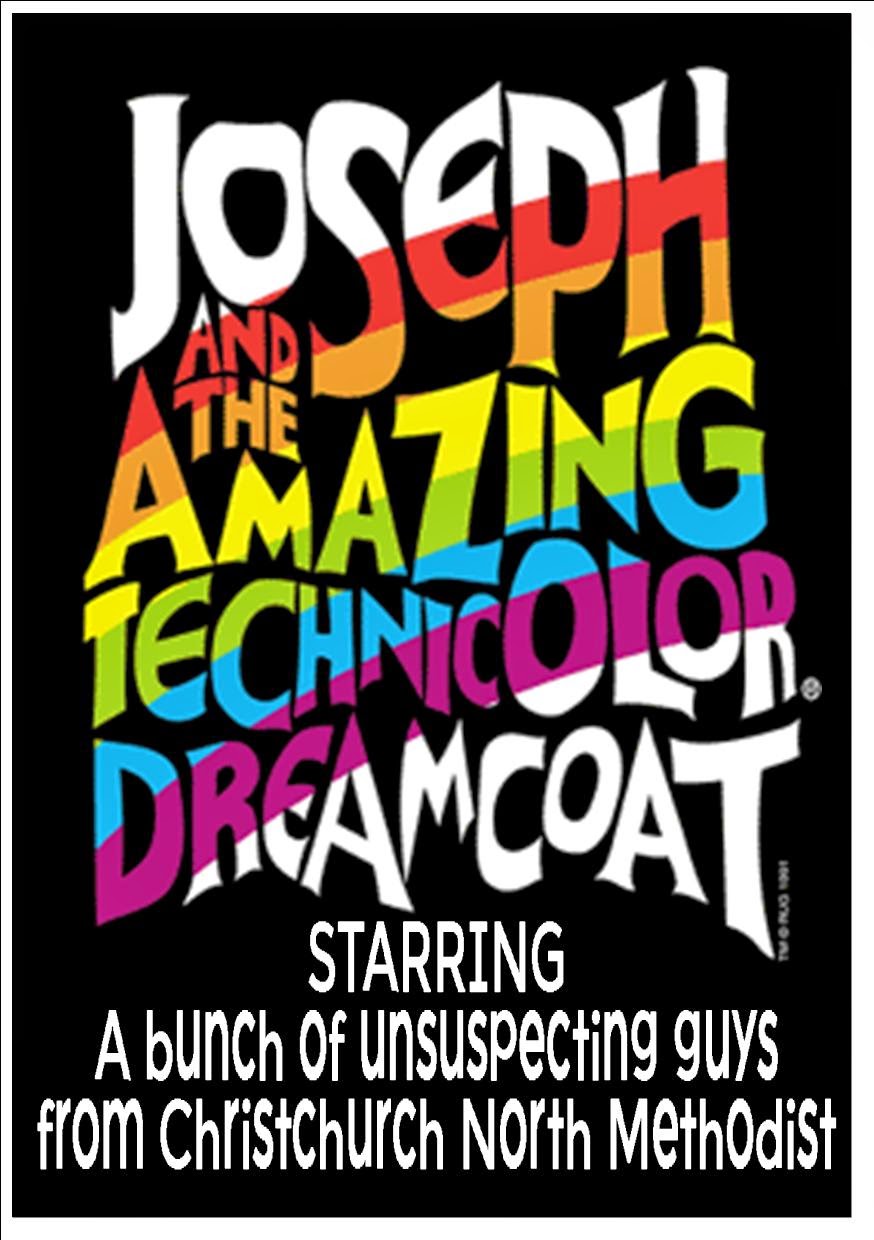 This morning we were treated to a brilliant performance of Joseph and the Amazing Technicolour Dreamcoat. The star-studded cast's modern interpretation of the age-old story of Joseph and his jealous brothers received rave reviews from the Awesome Kids.

"It was hilarious!"    "It was really good."
"They sounded like they knew the lines off-by-heart."
"Dave's acting skills were superb!"
"Joseph's coat was... um... well... colourful..."
"I think Grandad might have pushed Dave a bit too hard!"
"We wouldn't like to have 11 brothers!"
"It was really cool to see all the men up there!"
"They were awesome!"

In actual fact, these very good-natured gentlemen were pulled up out of the congregation and handed a script only a minute before the show commenced. No warning, no rehearsal, and none of them said 'No!'

What great sports they all were, huge thanks to all of them for helping our Kids' Ministry this morning.

This morning we explored the story of Joseph and his brothers, and his amazing colourful coat.

This is a story about family, conflict, happy times, sad times... and that no matter what, God loves us and stays with us always, helping us get through tough situations.

You might have heard of the spectacular musical based on this story (from the book of Genesis in the bible) called Joseph and the Amazing Technicolour Dreamcoat. Well this morning I pulled up a few unsuspecting gentlemen from our congregation and we put on our own version (no less spectacular!) I will post some pictures of this soon.

During Awesome Time upstairs, we made some wooden Joseph figures but I think the edible versions with coats of hundreds and thousands went down a treat! 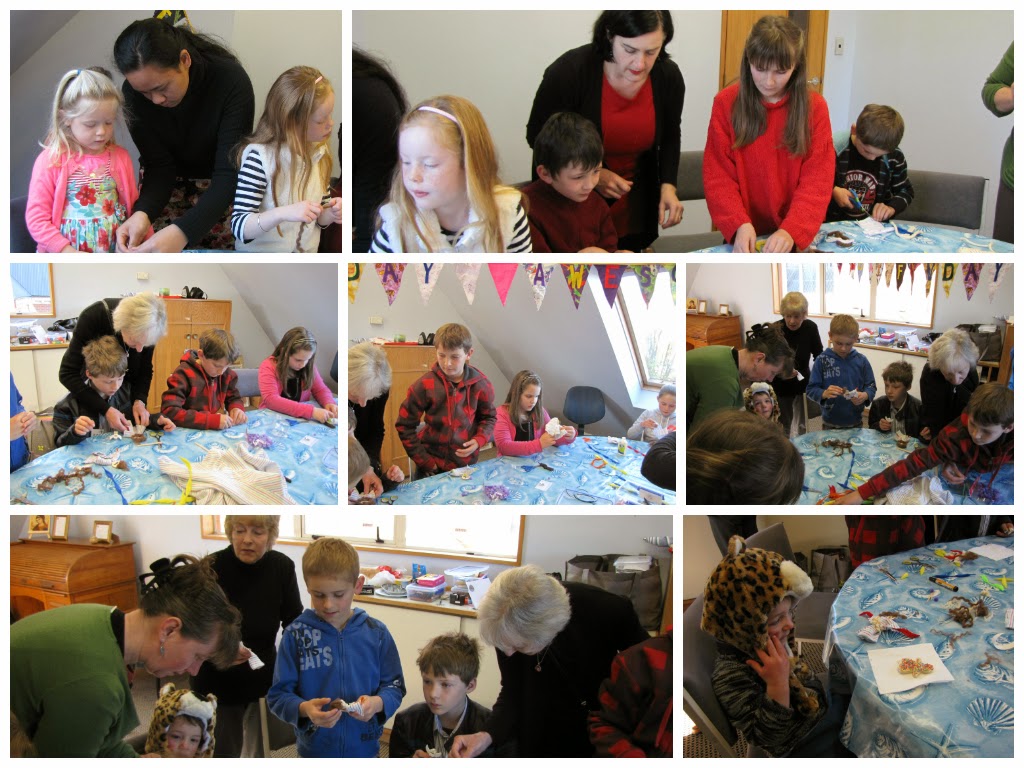 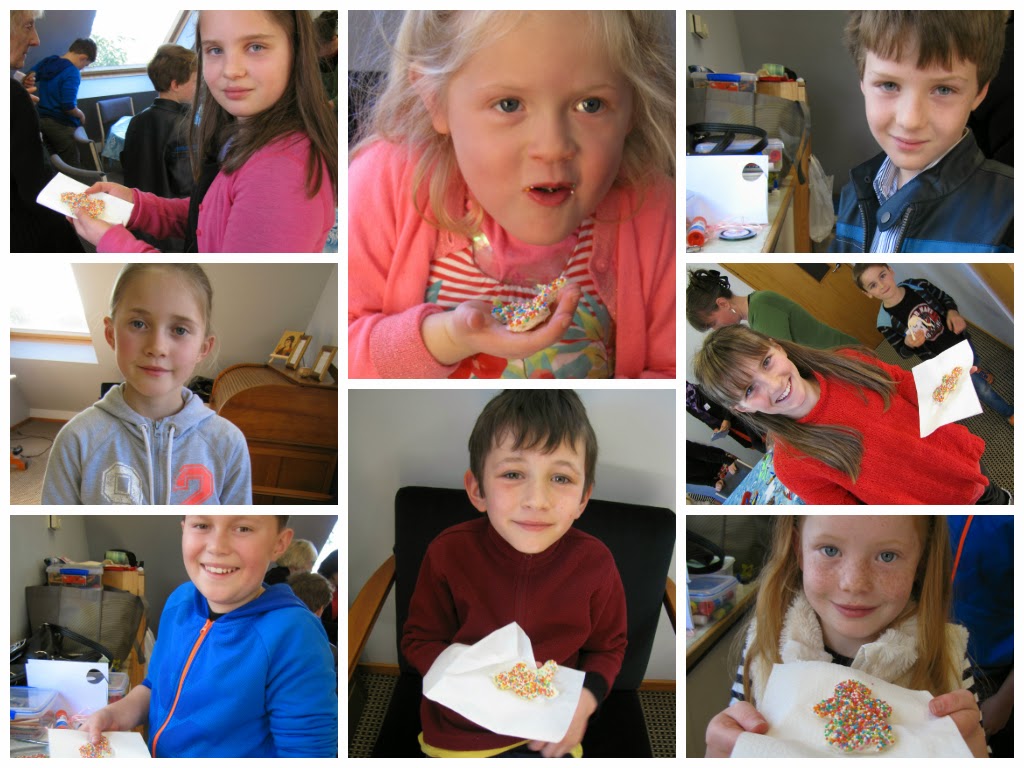 A treasure in the box!

Amanda and Annabel presented us with a gorgeous little knitted cat, handmade by Amanda. His name is M-K-Cool Cat and he enjoyed his first ride on the parachute today.

After music, Ben helped with the cleaning up - and look what treasure we found in the toy box! Emelia had climbed in among the toys and was in no hurry to leave! 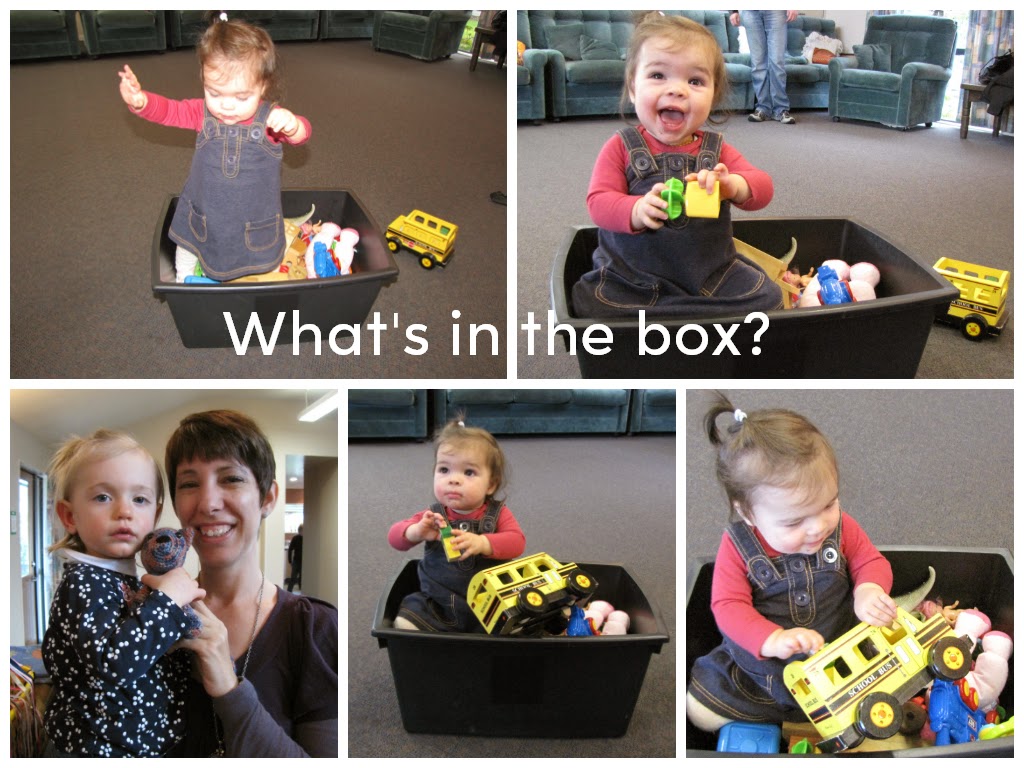 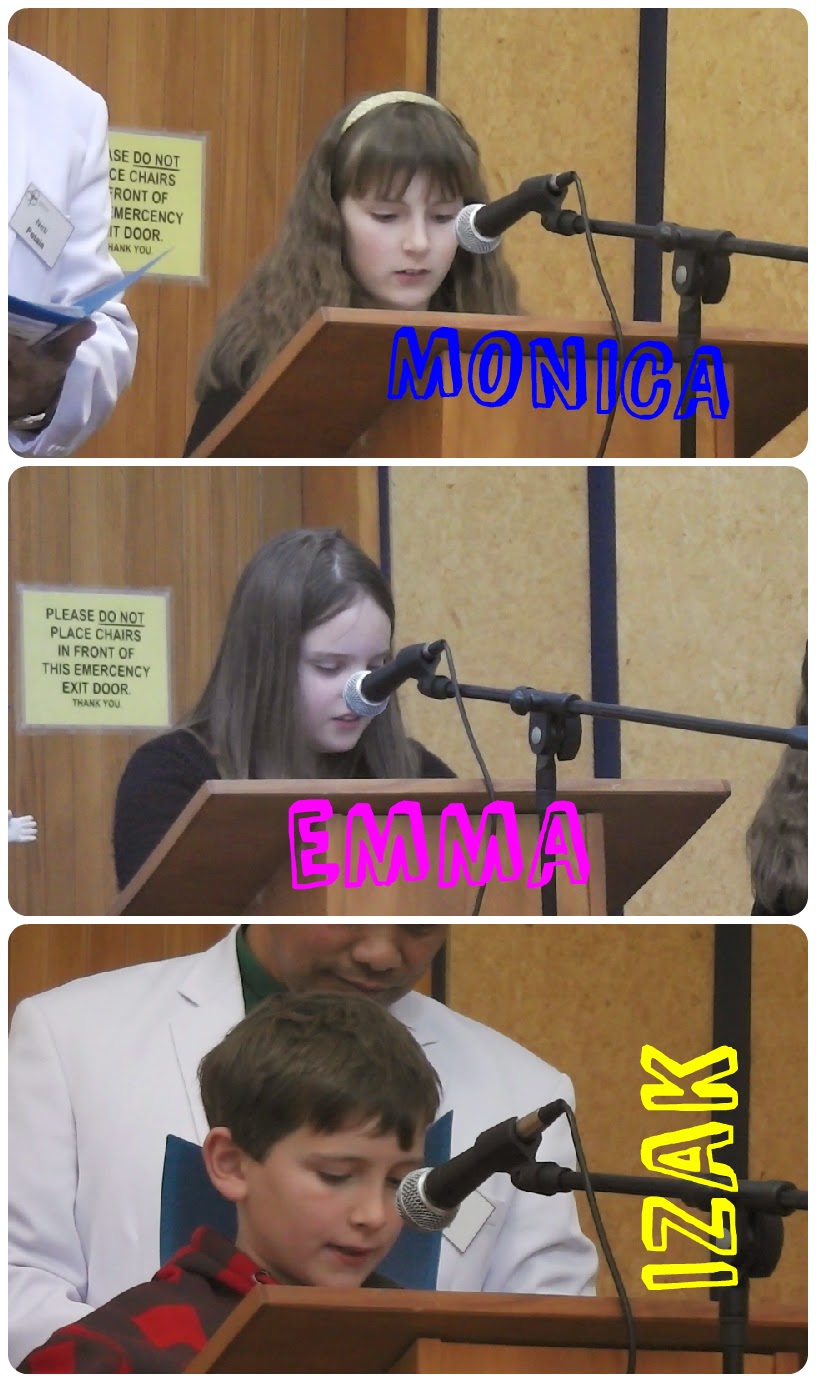 Monica, Emma and Izak led the congregation in prayer on Sunday. Well done guys, you were awesome! 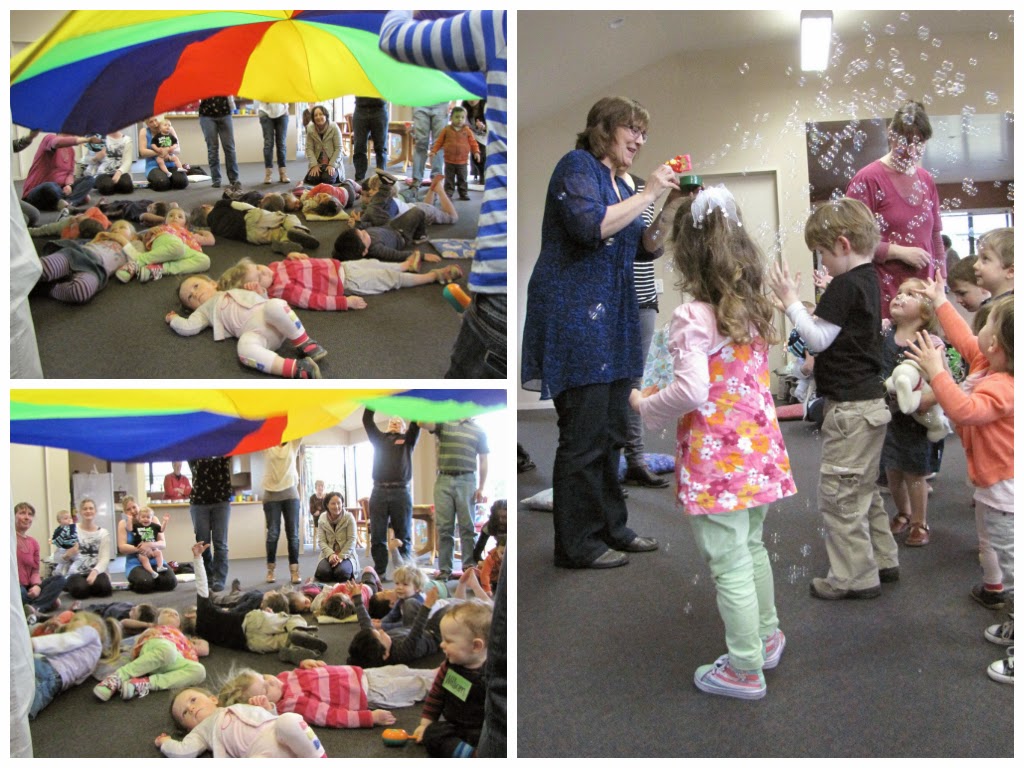 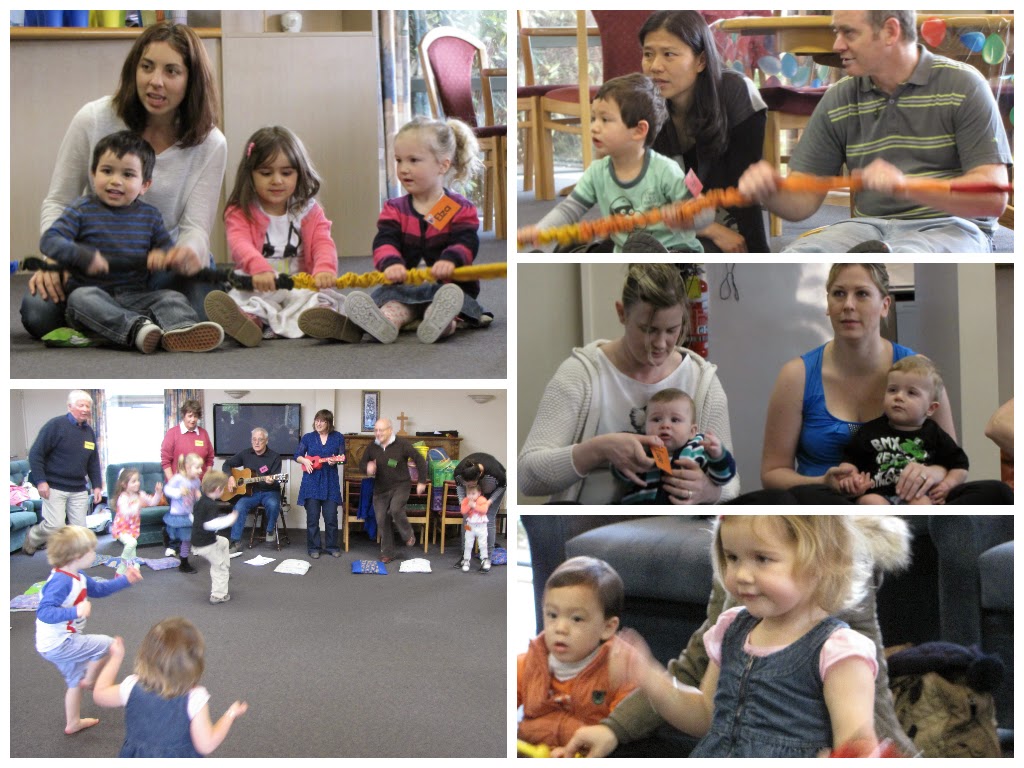 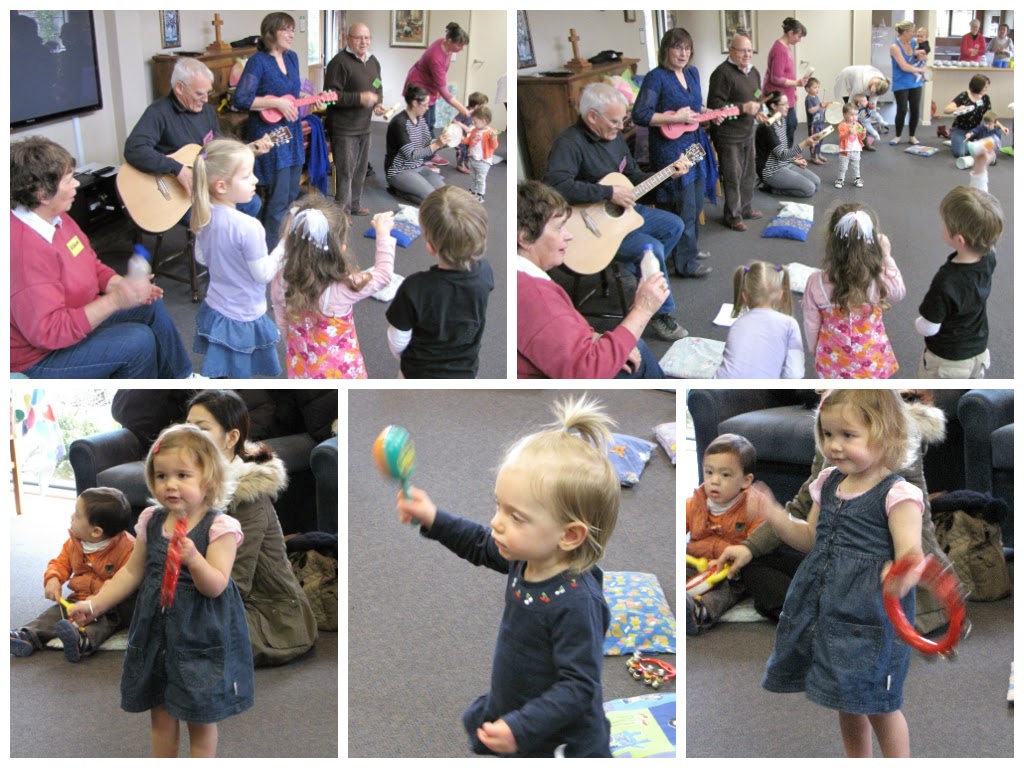 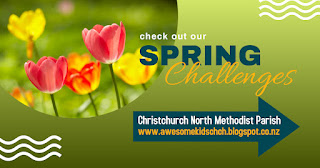