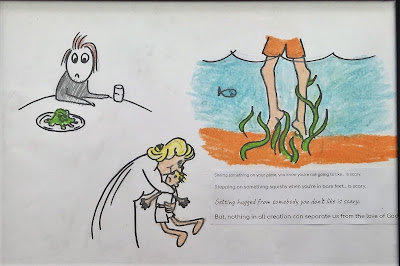 Have you every had one of those nights when you're lying in bed and you can't get to sleep, because the Whatifs are going around in your head?

What if the bus is late?
What if my teeth don't grow in straight?
What if I flunk that test?
What if green hair grows on my chest?

We created a movie, inspired by the poem titled 'Whatif', by Shel Silverstein. You can check it out below.

We added an extra verse though...

But then I remembered the words from Paul*
who said there is totally nothing at all
anywhere, anytime in all of creation
that would ever be able to cause separation
between us and the love of God, which is ours
through Jesus our Lord and His awesome powers.
So when I 'What-if' and I'm worried and scared
I remember God's with me and send off a prayer
and wherever, whenever, however I'll know
whatever the whatifs, I'm never alone!

We also read the book, Some Things Are Scary, by Florence Parry Heide - and created some illustrations inspired by some of the 'scary' things in her story.

*In the book of Romans, in the Bible, a man called Paul made a list of all the things he worried could get between him and God's loving care. Our list was a little different... we talked about being late to school, going to the wrong class, getting the wrong day for Mufti Day, being bullied, not getting picked for a team, nightmares and not being able to get to sleep. In the end though, like Paul in the bible, we came to the same conclusion - that no matter what scary things we worried about, NOTHING can separate us from the LOVE of GOD. We are never alone... God is always with us, helping us get through. 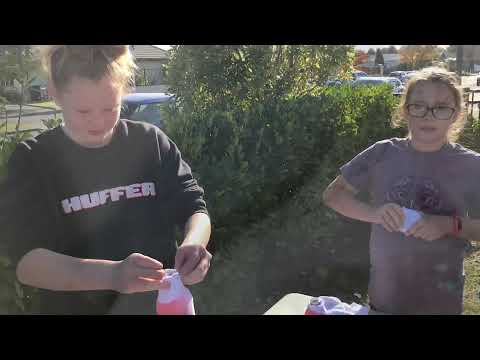