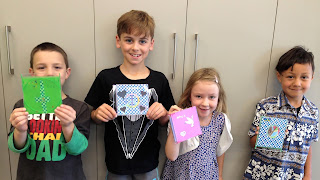 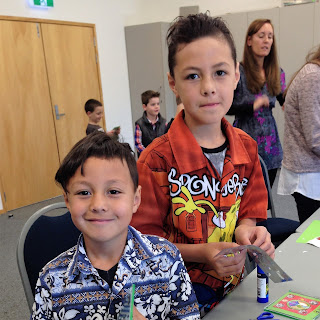 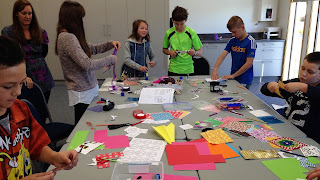 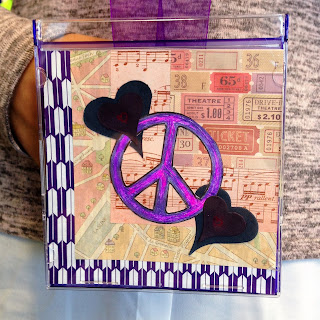 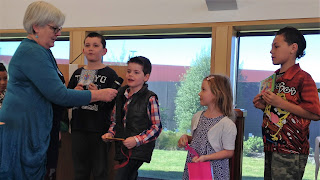 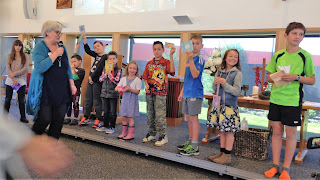 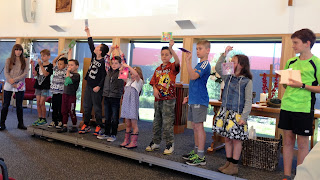 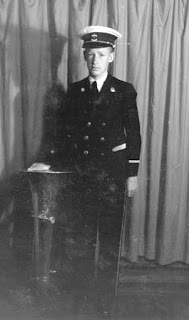 Can you guess who this is?


We have some awesome stuff planned for this Sunday...  join Rachel and I to play 'Guess Who' with some mystery photos, decode a secret  message, and find out who the mystery 'stranger' was on the road to Emmaus. We will make a treasure map or a message in a bottle! Also the band will be playing, and bring your ukulele for AbsolUKE during morning tea.

Youth Church is on at Beckenham Methodist on Sunday afternoon, join us over there at 5.30pm for a very different kind of church service! If you'd like a ride please let me know. 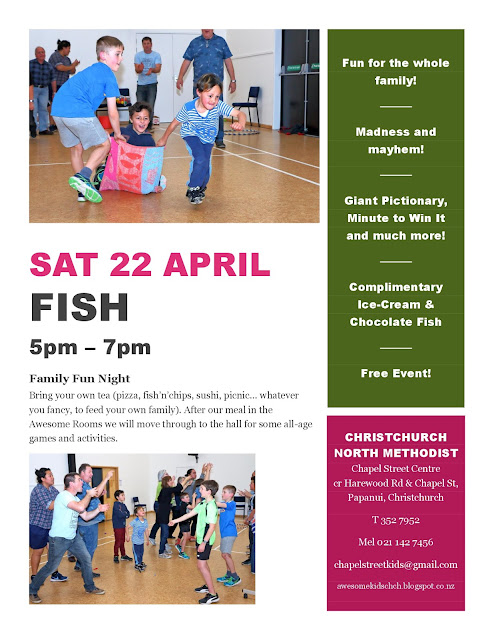 Join us this Saturday, 22 April at the Chapel Street Centre, 5pm to 7pm. Bring a friend! 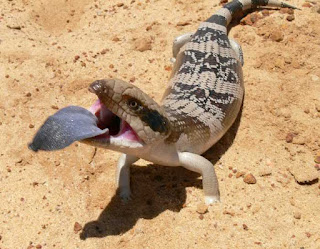 Christ is Risen! He is risen indeed! 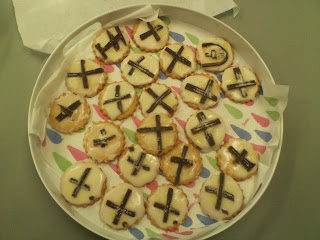 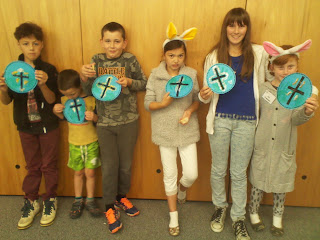 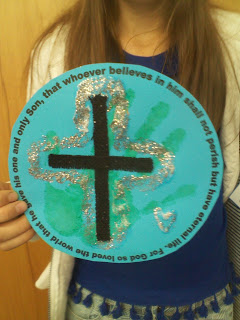 Hi everyone, hope you all keep warm and safe this Easter weekend.

Join us tomorrow (Good Friday) for a service at 10am, and/or on Easter Sunday at 10am for our family service and Awesome Time. 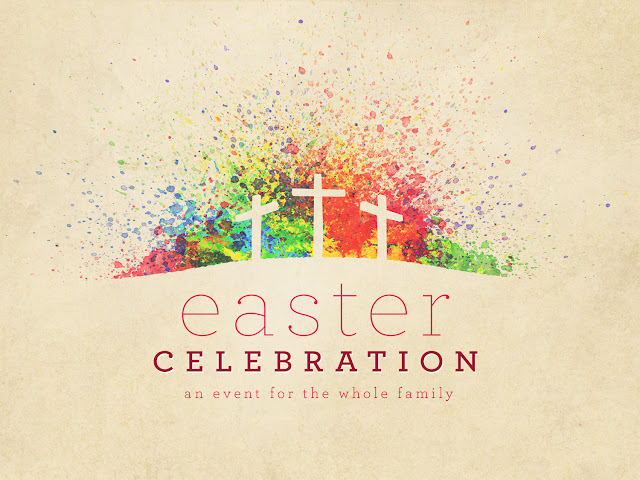 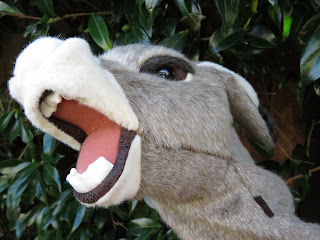 This morning we were treated to a puppet play, starring Braaaayden the donkey. He told us what happened on Palm Sunday - Jesus's triumphant procession into Jerusalem. All the people waved palm branches and shouted "Hosanna!" - basically saying "Jesus is Great! Jesus is Number One!"

We had a VERY BUSY time out the back, making wonderfully MESSY art! We had 18 children, so were extremely glad of our wonderful young adult helpers.

We made 'Hosanna posters', some using collage, cutting handprints from green card to represent the palm branches.

Some of us made art with our feet! Philomena painted our feet grey, and we stamped a painty footprint which we turned into a donkey's face. We made green palm leaves using our handprints. They looked AMAZING!

The paintings are drying now, but when they are ready we will hang them in the Chapel Gallery and you can come and check them out. In the meantime, you might enjoy these photos... 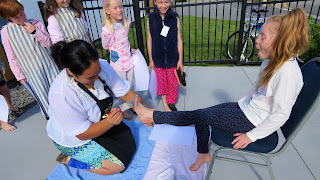 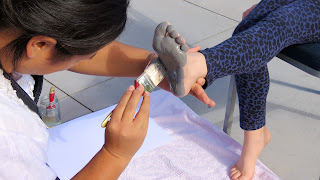 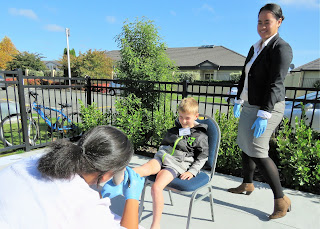 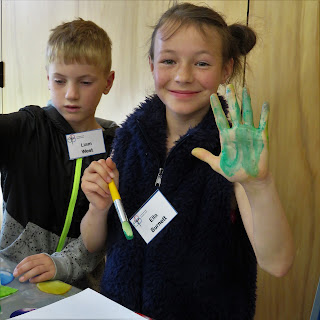 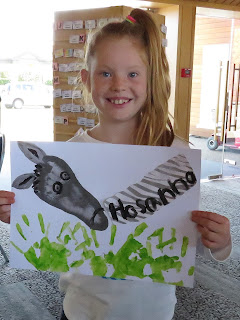 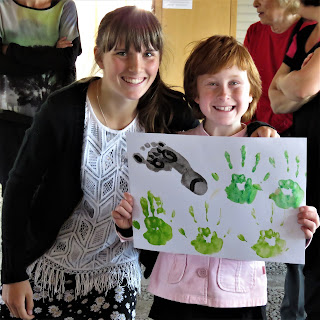 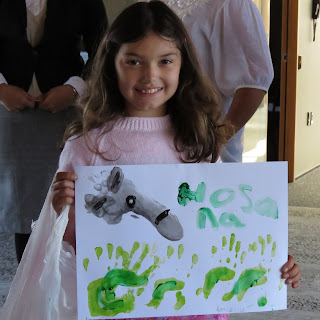 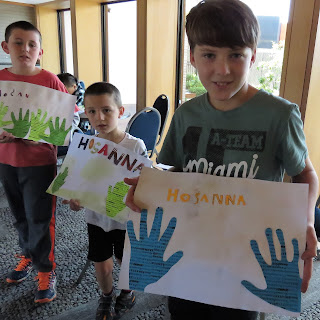 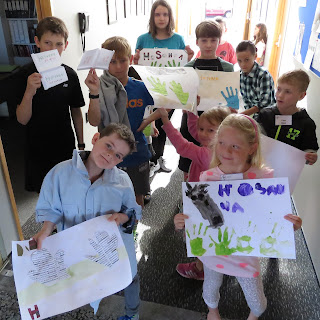 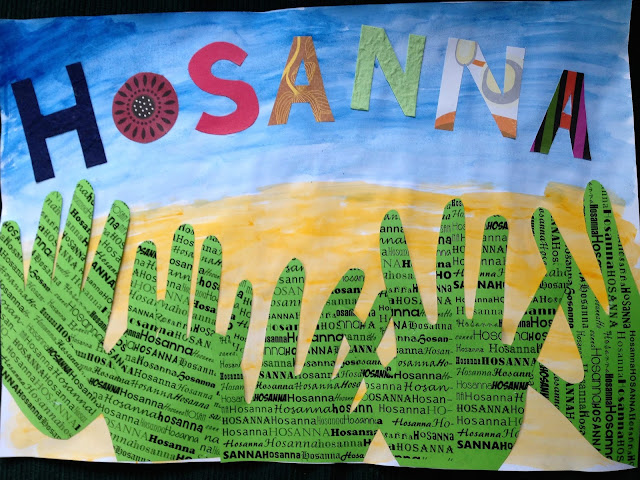 Come along to Youth Church - a district Methodist youth service for young and 'young at heart'. Last Sunday of the month, at Beckenham Methodist Church (Malcom Ave), 5.30pm.
http://www.csisyouthministries.com/

May You Find Peace

See with your Heart 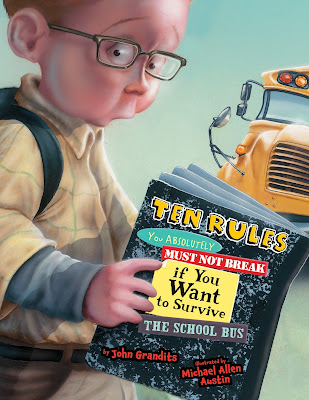 Last week we all took part in a play, based on the book 'Ten Rules You Absolutely Must Not Break if You Want to Survive the School Bus' by John Grandits.

We lined up the chairs in the front of the church, like seats on a bus, and all climbed aboard.

Ray played the part of the little brother who was taking the school bus for the first time. His older 'brother' Phil (Philomena) warned him about the dangers on the bus and made him promise not to break his ten rules.

The older brother's rules included, 'Don't talk to girls', 'Don't make eye contact with the big kids', 'Don't talk to the driver'... and many more. Somehow poor Ray managed to break every single rule! But, in the process of doing so, he brings about a big change which benefits everyone.

Like the big brother, the Pharisees in the bible reading were so focussed on the rule that had been broken that they could not see the miracle. Like Ray's brother, the pharisees looked to the rules to guide their every move... seeing the rules as things you absolutely must follow without fail, in order to honour God. But, Jesus on the the other hand, sees the rules more as guidelines. They are there to help you make decisions, but he is writing a new rule. His new rule places the well being of people over the rules. Sometimes, rules need to be broken when the outcome is better for everyone.

Ray was able to make friends with the girl (who his brother had warned him against, 'girls are as mean as snakes!') and sat with the big kid (who 'looked like' he was going to 'give him a pounding'), and talked with the 'mean old lady' bus driver - and none of them turned out to be as scary as they looked!

See with your heart.

Welcome to this week's D.A.T. (Digital Awesome Time)!  This week our message comes from 2 Corinthians ; Paul says to "Live in ... 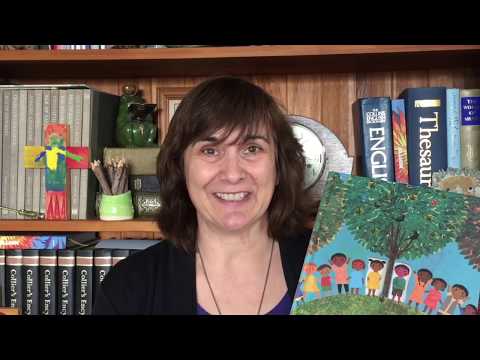